Difference between Antiseptic and Disinfectant: A Complete Guide

You are here:
Blog 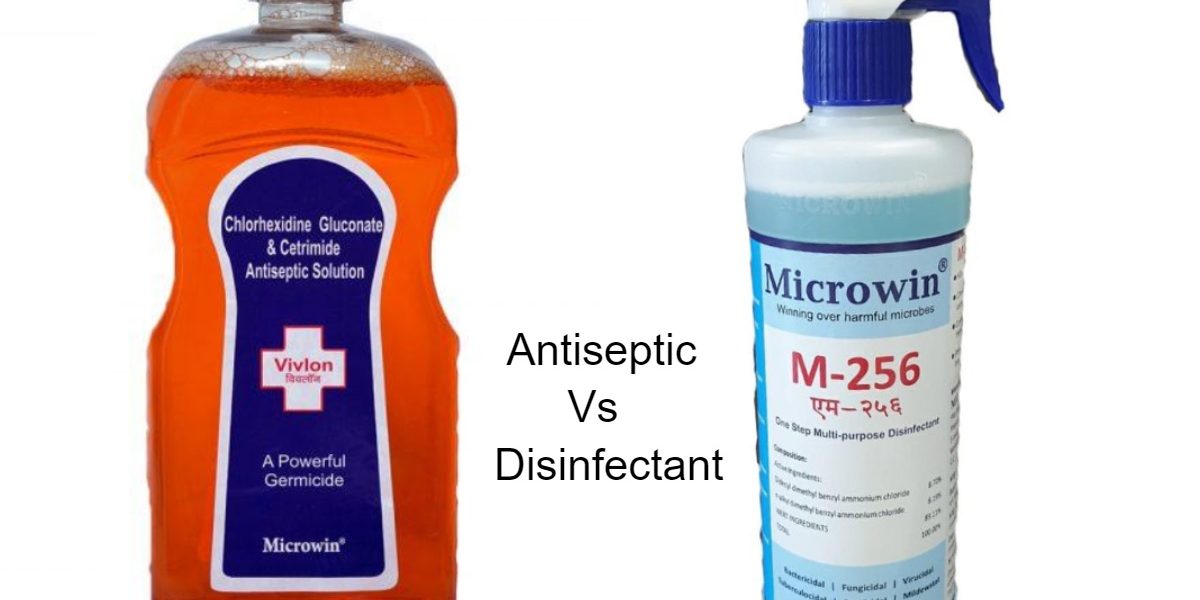 Antiseptics and disinfectants are routinely used in both residential and health care settings. These materials comprise several chemical substances, a considerable majority of which are already known to and utilised by people as cleaning agents for quite a long time.

Admittedly, you can use any of them to eliminate disease-manifesting pathogens, which might compel one to mistakenly believe that they both are the same. However, the difference between antiseptic and disinfectant are plenty.

Disinfectants are chemical agents that are applied on surfaces or non-living objects for mitigating the growth of microorganisms. They help reduce the spread of bacteria and germs by sterilising the surfaces they are applied on.

It effectively means that disinfectants can only decelerate the growth of microorganisms to a specific level (it is not possible for disinfectants to cause any significant harm to a living being or greatly compromise the perishable products’ quality). You should always remember to utilise disinfectants in higher concentrations for the most favourable outcomes in such circumstances.

Also known as disinfectant sprays, they are purpose-designed to destroy air-suspended microorganisms.

Ethanol is generally used in disinfectants that have an alcohol base. Do note that sulphur dioxide in small concentrations and twenty percent to forty percent in aqueous solutions can also be used as disinfectants.

Antiseptics are chemical substances that are capable of preventing or eliminating infection- or the growth of disease-causing microorganisms. These are administered on ruptured skins or injured tissues for destroying any pathogen that might have manifested in the affected area.

Antiseptic solutions can be applied to living tissues without any adverse effects. They might also be used as sanitizers for cleaning the hands if soap and water aren’t available. Today, antiseptics are widely used in a myriad of consumer products, such as topical creams and mouthwashes, to name a few.

Also called bactericidal antiseptics, several antiseptics are germicidal in their action, which means they can completely kill microbes. On the contrary, the rest can only prevent or inhibit microbial growth and are known as bacteriostatic antiseptics.

After taking into account the difference between antiseptic and disinfectant, as covered in today’s discussion, it is evident that their major difference lies in how they are being applied. It is no surprise that many individuals have often used them interchangeably without knowing that both differ in several key respects.

It also offers a suitable explanation of why several people are not able to control bacterial infections despite remaining consistent in anti-microbial product usage. The key to preventing infection spread is how you are to use one or the other. It is imperative for the end-user to realise that the scope of application of antiseptics and disinfectants is entirely different.

Microwin’s commitment to social and civic duty
May 28, 2021

A Guide to How to Clean and Disinfect Food Packaging during COVID-19
December 18, 2020

How to Protect Yourself and Your Family from COVID-19: A Detailed Discussion
December 17, 2020

How to Apply a Disinfectant Spray Effectively? A Five-Step Guide
December 16, 2020

How to Clean and Disinfect Your Home during COVID-19
December 14, 2020